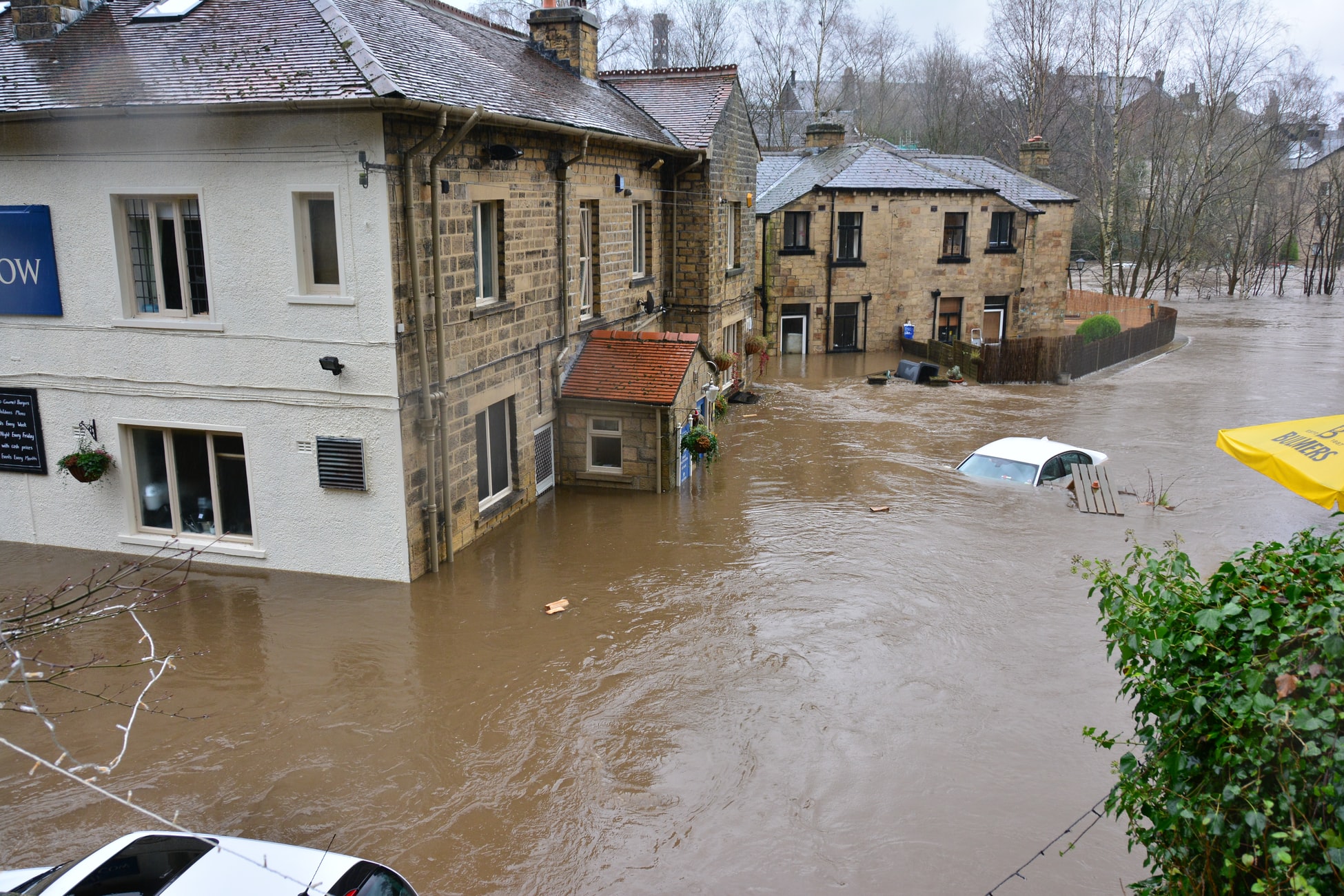 In 2021, the average cost of flood insurance through the National Flood Insurance Program (NFIP) will be $958 per year or $80 per month.

A flood insurance policy is absolutely essential for those in high-risk areas, as standard home insurance plans will not cover floods. Flood policies offer protection for as low as $550 per year. Learn about everything including average costs, cost by V and AE zones, what flood insurance covers, and various plan options from our article below.

Costs for Flood Insurance By State

Did you know that a state like Florida has flood insurance rates as low as $597 a year, while Vermont has average rates at $1,590? This is just one example that illustrates how flood insurance costs vary by state. Under the NFIP, America’s northeast has some of the highest costs for flood insurance, with Connecticut, Vermont, and Rhode Island as the states with the highest rates.

The cheapest flood insurance rates are found in Florida, Maryland, and Texas. These three states have coastal areas that make them high-risk zones for flooding which makes these the perfect examples of why the NFIP was created —  to ensure people living in states at the most risk can get affordable coverage.

How SFHAs Affect the Cost of Flood Insurance

Flood insurance is mandatory for those who live in Special Flood Hazard Areas (SFHA). If you have a federally backed mortgage, it’s your responsibility to get flood insurance before the deadline or pay very high penalties afterward. There are different zones that these areas fall into based on their letter code. Zones A and V require an SFHA designation, like AE for example. Different flood zones will vary in price. All A and V zones, for instance, have a cost of $962, whereas a moderate to low flood zone costs $485.

What is Covered By Flood Insurance and WIll I Need It?

The NFIP is a wise way to make sure that your house and all of the contents in it are covered if flood-related events ever damage them. The insurance coverage caps at $250,000 for building damages and $100,000 for content items. Damages caused by tidal overflow in coastal areas, rivers, and mudflow will be covered by NFIP policies.

Those who live in SFHA and have a federally backed mortgage to your property are mandated to get flood insurance because these areas fall within 100-year floodplains. This means FEMA has calculated the chance for your zone to be flooded every year at 1%. These can be anywhere from AE (100 years) or VE zone (500 years).

It’s essential to have the right amount of flood insurance if your mortgage company requires you. Let’s say you still owe $175,000 on a home. In this case, you’ll need an insurance plan that covers that exact amount.

Since the U.S. government backs NFIP policies through its treasury and rates are set by the program, private companies usually administer these policies on behalf of policyholders in question too. This means even though a federal body backs your flood insurance as opposed to being privately funded or administered, you’ll still be interacting with non-government agents when pursuing such protection against flooding risks.

Hurricanes and floods are the most common natural disasters in America. It’s important to have flood coverage even if you live nowhere near water because it doesn’t matter where your home is located when disaster strikes. The National Flood Insurance Program (NFIP) reported that Louisiana, Texas, and Florida saw more claims than any other state.

Which States Have the Most Flood Insurance Policies?

Because of the geographic location, most coastal states have more homeowners with flood insurance policies than anywhere else. Florida continues to lead with over 1.7 million homeowners having flood insurance as of March 2021. Texas, Louisiana, and New Jersey rank the highest after Florida.

Which States Have The Highest Amount of Total Flood Insurance Losses?

For the past five years, NFIP has been issuing over $71 billion in payments. This is an incredibly high amount of coverage when considering how low the actual cost of flood insurance in high-risk locations is. By state, Louisiana has the most at $19,862,586,962, with Texas and New Jersey following close behind.

One of the worst periods of loss was from 1998 to 2018, reaching over $58 in flood relief. The worst years in this time were 2005, 2012, and 2017 as these were the years of Hurricane Katrina, Superstorm Sandy, and Hurricane Harvey. Those three years account for 62% of paid claims out of the entire 20 year period. This illustrates how vital it is to have a flood insurance policy, even though it won’t be used most of the time.

In recent years, the number of private flood insurance policies has grown at an alarming rate. Whereas some people may pay more through the NFIP than they would with a private company, this is one of many causes for their growth. You shouldn’t rule out either option without looking into them both and comparing rates so you can get coverage tailored to your needs at a reasonable price.

You may save with a private flood insurance policy because of the difference in mapping techniques. Private companies can use more sophisticated methods than FEMA, which means there are some places that FEMA designates as a higher risk but really aren’t and vice versa.

Private firms may be a helping hand to the government with the burden of providing flood insurance through the NFIP. It has accumulated a debt of $20.5 billion as of January 2018. The NFIP was not able to collect enough premiums from their customers alone to cover what was needed.  While the government had previously insured US citizens since 1968, it’s looking more like private flood insurance companies are becoming more encouraged.

Q: What is the average cost of flood insurance?

A: The rates will vary state to state, but the average cost is estimated at $958 a year.

Q: Am I required to have flood insurance?

A: If you live in a Special Flood Hazard Area (SFHA), the government will require it of you.

A: Flood insurance is not included with homeowner’s insurance, as it is an entirely separate policy.

Q: Do I need to buy flood insurance?

A: Since floods are incredibly detrimental to your home, it’s recommended that any homeowner should have some form of flood insurance.

In 2021, the average cost of flood insurance through the National Flood Insurance Program (NFIP) will be $958 per year…

The Cost of Homeowner’s Insurance in 2021

What Are the Average Rates for Health Insurance?

For many, health insurance can be a costly expense. To make sure that you are getting the best coverage for…

Don't get left out of the loop, make sure you subscribe to our newsletter below so you can be notified of our latest insights, tips, tutorials, sales and more!